This page features outdated information, which may no longer be relevant or pertinent to the current version of Rivals of Aether. You can help by updating this information!

Zetterburn is a playable character who represents the element of fire, being a lion with a mane of flames. He was one of the first characters to be announced, along with Orcane.

Zetterburn is a very good rush down character. His combo game at close range is incredible, while his fireball projectile makes him a danger from a distance as well. He's capable of dealing damage fast with his long, precise combos and strong KO options. He has one of the most potent punish games out of all characters, capable of dishing out massive amounts of damage upon his opponent making the smallest of mistakes.

"Zetterburn can set his opponents ablaze with his Special Attacks, causing them additional damage over time.When an opponent is burning, Zetterburn can land a Strong attack to absorb the flames and launch them twice as far. Zetterburn can place fire on the stage with his Down Special. This will burn opponents without dealing knockback."

Zetterburn possesses a very good combo game. Up Tilt is his best combo starter, as it does a high amount of damage and can combo into every attack except Down Special, Up Special, and Down Strong. Dash Attack is also a good combo move. It often combos into itself, sets up for all tilts and can directly kill if canceled into up strong. The only downside being that it can be parried easily.

Although it is easy to parry, Zetterburn has a useful projectile in the form of his Forward Special's fireball. It is useful for pressuring as well as limiting an opponent's approach, recovery or edgeguarding attempt.

Despite these advantages, Zetterburn is not without flaws. He is notorious for having a bad recovery that is slow, predictable, and easily gimped, forcing him to find alternative ways to recover. His neutral game is not as good as that of other characters; instead, it relies on his lethal punishes, edgeguards, and strong combos to succeed. A majority of his attacks have short range overall despite their extensive utility, causing him to struggle against characters with long and/or disjointed range like Sylvanos or Clairen.

Overall, Zetterburn is considered a well-rounded character with straightforward gameplay, making him easy to pick up and good for beginners.

Zetterburn, a son of the ruling family of the Firelands, is an experienced and hardened warrior. He has fought many wars for the Fire Capitol, a bellicose nation that constantly seeks to expand its influence over neighbouring lands. His courage in battle has made him a hero among his people. However, his straightforward character and unquestioning allegiance to the Fire Nation blind him at times. He is a reliable general on the field, but naive to the larger politics of Aether. In battle, Zetterburn is equally forthright; he uses no weapons except for his razor-sharp claws and ability to control flame. -Website

In Lovers of Aether[edit | edit source]

Zetterburn is the first student of Aether High that the player meets, introducing them to the school and talking with them at several points in the game. He has a love of sports and generally fills the "jock" archetype. Many students have asked him to the Homecoming Dance offscreen, but he's had to turn each of them down, something that he hates doing. He's also bothered by Forsburn's attitude, feeling like it's affecting his reputation.

His path is one of the easiest to complete, as he already wants to ask the player to the dance himself. 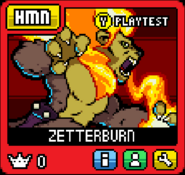 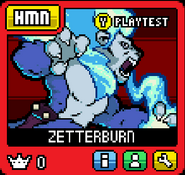 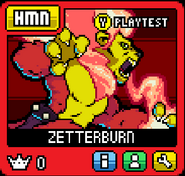 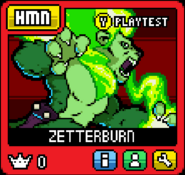 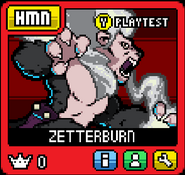 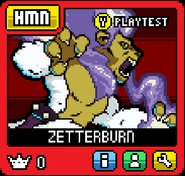 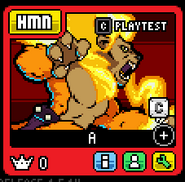 Zetterburn's default custom skin
Add a photo to this gallery 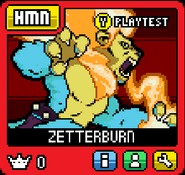 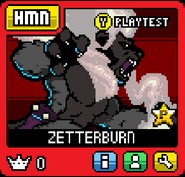 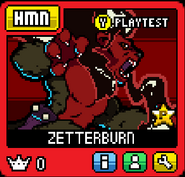 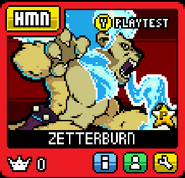 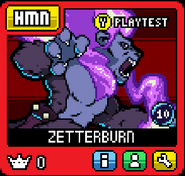 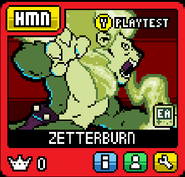 Early Access Promo Costume
Add a photo to this gallery

Retrieved from "https://rivals-of-aether.fandom.com/wiki/Zetterburn?oldid=8978"
Community content is available under CC-BY-SA unless otherwise noted.