View source
watch 01:25
Jurassic World: Dominion Dominates Fandom Wikis - The Loop
Do you like this video?
Play Sound
This page features outdated information, which may no longer be relevant or pertinent to the current version of Rivals of Aether. You can help by updating this information! 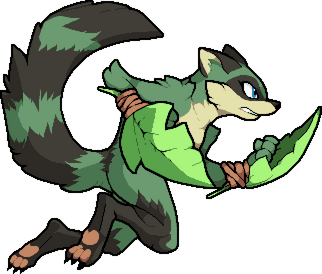 Maypul is a rushdown character who can execute long combos using her quick attacks. She can mark opponents to teleport to them, allowing for interesting kill setups.

On January 17, 2018, an alternate skin for Maypul was released that turns her into the character Ragnir from Brawlhalla. This skin can be purchased for $3.99, and it changes all of Maypul's sprites.

*the aerial down special marks opponents but the grounded version does not.

Maypul revolves around rushing down the opponent with her very high speed as well as her unique down air and her sling shot teleportation.

She can quickly establish her zone by sprouting her plant and marking the opponent with seeds. Her strong attacks are a bit slow but have great range and are disjointed.

When doing a walljump Maypul can hold the jump button to cling onto the wall for a few seconds before walljumping. 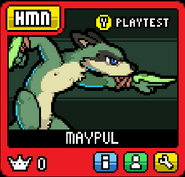 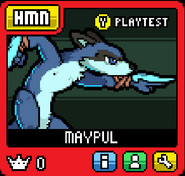 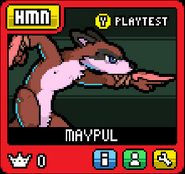 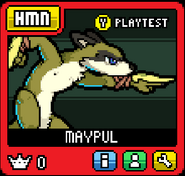 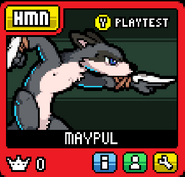 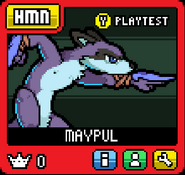 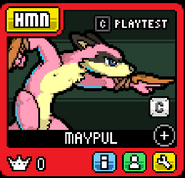 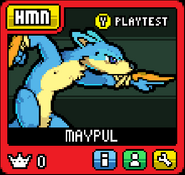 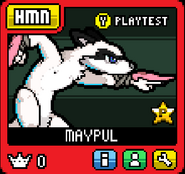 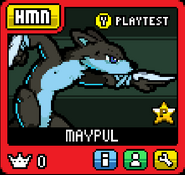 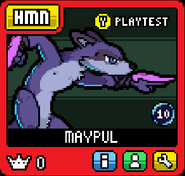 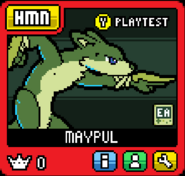 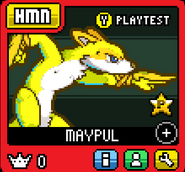 The Ragnir Maypul skin is an alternate skin that transforms Maypul into a character from the fighting game Brawlhalla. This skin does not affect gameplay, but it does change Maypul's attacks to have fire visual effects.

Lily is now a weapon that is stuck in the ground. When an opponent goes near the weapon, it turns into an axe to attack.

Maypul is the self-appointed Guardian of the Aetherian Forest. Her fellow tree-dwellers live in insular strongholds in the forest canopy - the quarrels of Aether quite literally beneath them. Yet Maypul senses something rotten in the world of Aether. Only she listens to the whispers of distress amongst the trees. And so, Maypul patrols the forest seeking out threats to her home. She parlays with the surface dwellers, much to the dismay of her treetop clan. However, she commands fearful respect throughout the forest for her unhesitating vigilantism. She uses her agility to trap any unknown intruders before they even realize she is there.

Maypul was the first character to get an alternate character skin.