Elliana is a snake in a mech and the third air based character in Rivals of Aether. Her main mechanic is the heat bar. Certain moves add heat and other moves reduce heat. If the bar is filled completely, she enters the overheated state that changes her attacks and lasts for a few seconds. The heat bar is visible over her head and on the damage display at the bottom of the screen.

Elliana was previously a DLC character attainable through the Sylvanos & Elliana DLC pack. With the release of the Definitive Edition, Elliana is now part of the base roster.

Elliana is a tricky character that requires strategic thinking and resource management. Many of her attacks are vastly different than that of the other characters. For example, her Up Special attack should not be used to recover often since it is laggy and very punishable. Additionally, Elliana has the hover mechanic instead of a double jump, so she cannot easily escape certain combos and recovers differently than every other character. However, a good Elliana player can use her flexible moveset to trap opponents and secure fast kills.

Elliana's heat gauge is the most important part of her gameplay to master. It both helps and hurts her, so knowing when to overheat and when to cool off is essential to playing Elliana. Players should aim to build up heat during combos and overheat at the end of combos for a Strong Attack finisher. If Elliana overheats at the wrong time, Strong Attacks or Up Special must be used to cool down as fast as possible.

Elliana's combo game is very unique. Instead of rushing down opponents with fast moves, Elliana relies on Side Special missiles and the Down Special mine. If Elliana can explode the mine on opponents using the missiles, she has time to follow up with almost any attack. Since the missiles can be guided, they cover most of the opponent's DI options. Sticking a mine on the opponent is extremely important for combos and finishers and is the optimal move to use after parrying an opponent. While Specials are the most important part of combos, aerials must be used in between specials to rack up damage and move the opponent toward the blastzones. Back Aerial is a good tool for knocking opponents far away and can lead directly into missiles. Up Aerial can juggle opponents and kill off the top. Forward Aerial and Down Aerial can both possibly combo into a grounded move such as Jab. Neutral Aerial hits on both sides of Elliana, so it can cover many of the opponents options if spaced correctly. If Elliana has enough time to set up a combo, opponents will have a difficult time escaping it.

When on the ground, Elliana's best move is usually Jab, since it is the fastest and safest move. It has decent knockback and enough speed to be used in combos after wavelanding or wavedashing. Even though Elliana's Down Tilt is also very fast, it is less useful as it has fewer follow ups. Forward Tilt can be used to catch rolls or edge guard since its hitbox lasts for a very long time. However, whiffing Forward Tilt leaves Elliana open to a punish. Elliana's Up Tilt is her most laggy and situational tilt. It can only reliably be used if the opponent is caught in a mine explosion or steam. If Up Tilt is whiffed, the opponent has a lot of time to set up a punish. Overall, Elliana's ground game is weaker than most characters.

Despite all of Elliana's positive attributes, she has many negative ones that make her a difficult character to play. Her large hurtbox and weight let opponents easily combo her. Since Elliana's moves are generally laggy and she doesn't have a double jump, escaping combos is extremely difficult. Also, Elliana has few options to punish opponents after a parry. Her Strong Attacks only have powerful knockback if she is overheated, so she cannot simply charge a Strong Attack after a parry like most other characters. Elliana also has a below average recovery as her Up Special has a lot of endlag and is not recharged when being hit. She must rely on Down Strong and the hover ability to safely recover.

"Elliana builds up heat when hovering or using specials. If she overheats, she loses access to both of them. Elliana's strong attacks fire steam and can be used in the air. While overheated, they fire explosions instead. Elliana's Up Special ejects her from the ship, putting her in a dangerous position until she touches the ground." 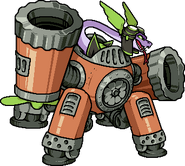 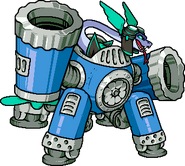 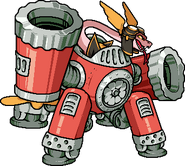 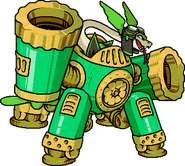 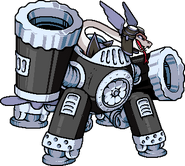 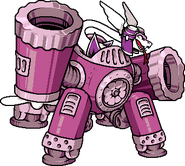 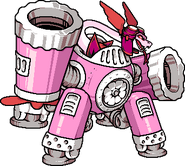 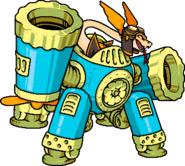 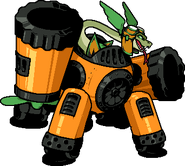 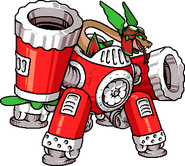 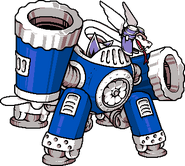 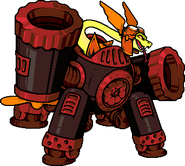 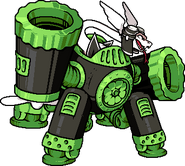 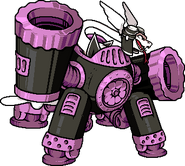 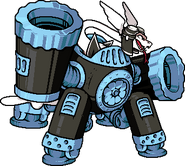 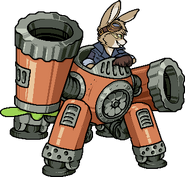 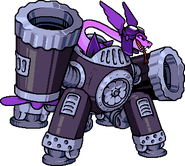 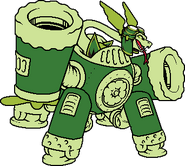 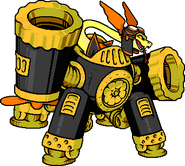 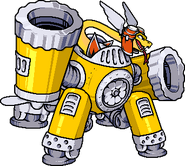 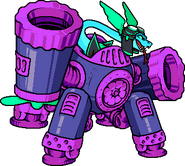 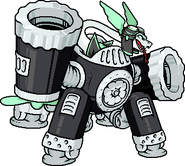 Elliana wanted to fly, so she went to an Air Armada recruitment center. However, as she was a snake, she was not accepted. Even though she created a flying machine, the Air Armada would not accept her.

Elliana eventually found Ayala, a rabbit who knew more about steam machines. The two of them created a mech. Elliana added weapons to the mech and set out to destroy the Air Armada.